A story of comforte

We’ve been cultivating the art of comfort, with beautiful cuts and soft and comfortable materials, for four generations. Learn the stories behind our history.

Silk factories, workshops, dry cleaner’s – textiles have long been at the heart of the small town of Chauffailles and the surrounding area. It was there, at the foot of the mountains, that Antoine Durand opened his weaving workshop. Lingerie Le Chat’s story starts with the materials.

Aimée Durand took over from her father Antoine. Together with her husband, Jean Chalumet, she created the brand ‘Du Chat’ (Durand + Chalumet). Their main idea was to move from the manufacture of textiles to finished products. The product they chose was the slip with suspenders that all French women at that time wore under their dress. 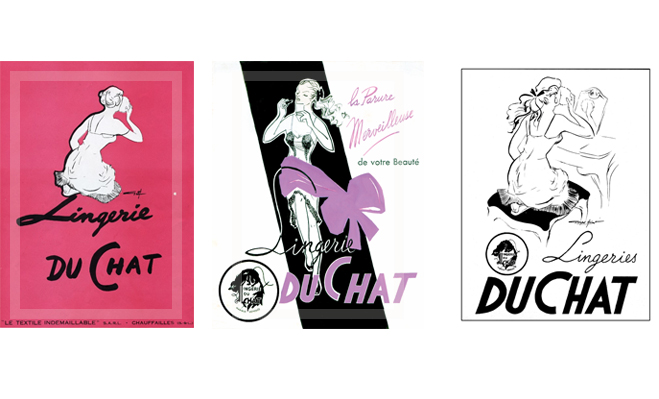 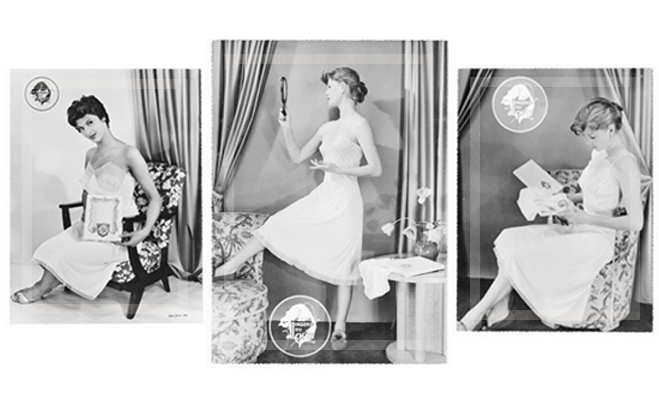 Aimée and Jean’s instincts were right. The small business grew rapidly and sold more than 120,000 a year of some designs. French women loved these comfortable and ‘indestructible’ slips, ideal for their favourite clothes. Du Chat made them from ‘Indémaillable’, a new polyamide material that is both flexible and resistant.

Lingerie Du Chat became the second biggest brand of slips in France. Its designs were called ‘Claire’ or ‘Muriel’, like the new generations of French women who wore them. The collections were inspired by the feminine icons of the day. One example was ‘Doris’, a nod to the American actress Doris Day, whose energy and relaxed chic was the envy of everyone. 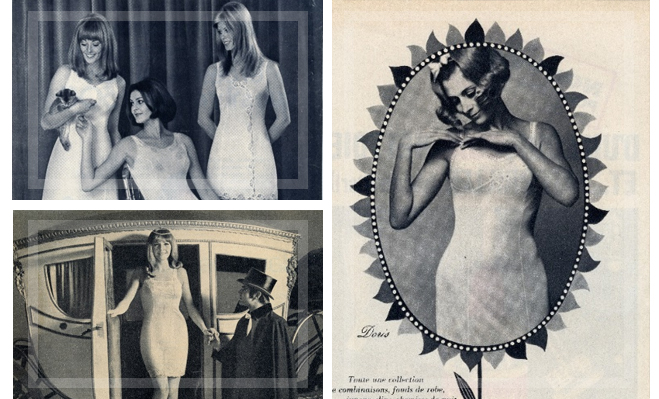 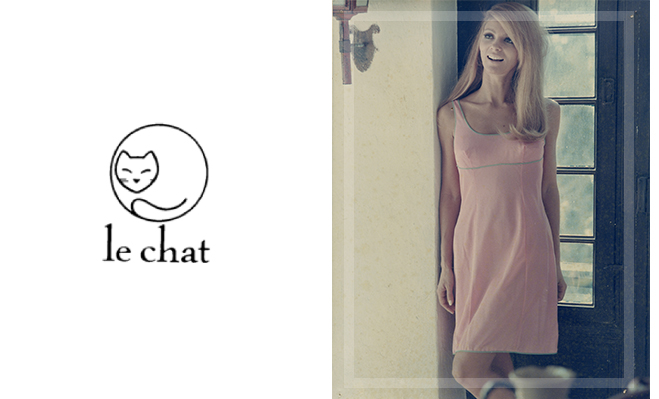 Women’s lives had changed; so had their needs and their wardrobe. The new heads of the company, Claude (the son of Aimée Durand and Jean Chalumet) and his wife Anne, took the brand in a new direction: nightwear. In the same year, ‘Du Chat’ became ‘Le Chat’ and made its debut in Paris department stores.

As the ‘cocooning’ craze hit France, Le Chat launched its first loungewear range. The brand added new, softer and more comfortable materials. It was the age of velour tracksuits and fleece combi trousers. The new logo set the tone with its female figure comfortably engrossed in a book. 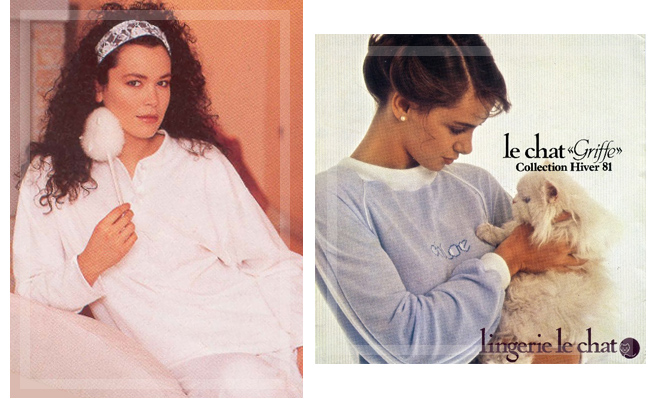 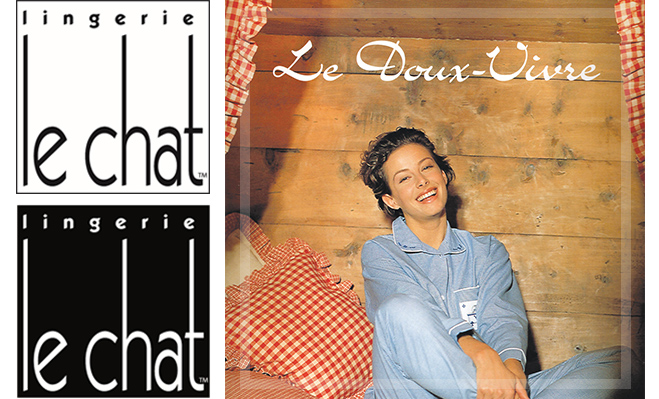 New visual identity, sales growth in Europe – the brand continued to move with the times. But while disposable fashion started to gain a foothold on the market, Le Chat stood out for its quality and durability standards. The brand may have moved far away from slips, but not from the frame of mind that created them.

The globalisation that had begun in the 80s and 90s gathered momentum. The high quality and French style of the collections was a big hit in countries including Russia, China, the Middle East and the United States. The brand now has a presence in more than 30 countries. How do you say ‘I feel so good in my Le Chat’? 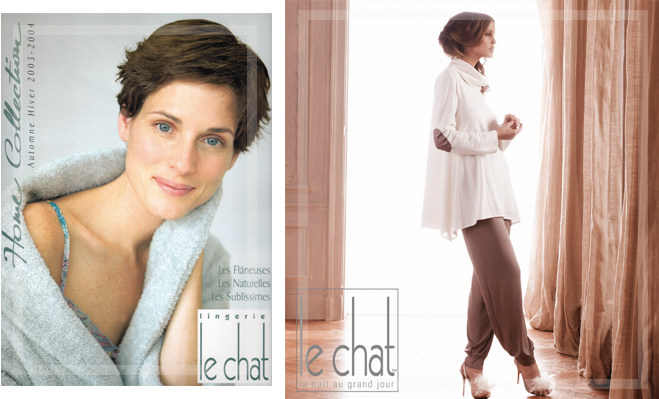 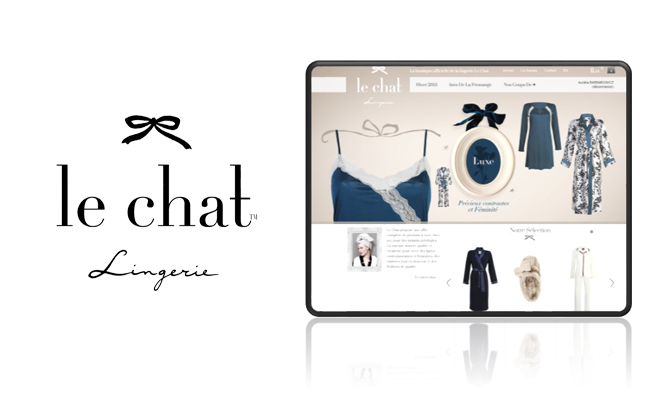 Grégoire Chalumet followed in his parents’ footsteps at the head of the company in 2009. In 2012, he founded a new and very special point of sale: lingerielechat.com. Le Chat lovers now had a choice between buying online or from 1000 retailers worldwide. Whichever they chose, they’d benefit from the brand’s special touches: a listening ear, advice, excellent service and may more.

Lingerie Le Chat celebrated its 70th birthday. The small brand founded by Aimée Durand and Jean Chalumet has become a leader in loungewear and nightwear in France and abroad. Our loungewear collections have expanded to include accessories. The curiosity, passion for materials and quality standards that made the brand a success are still alive and well. 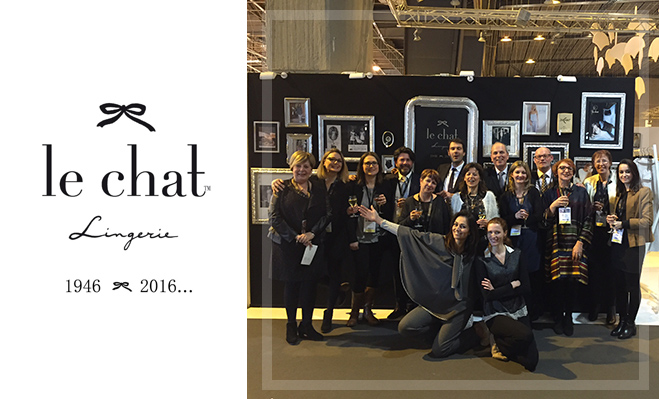 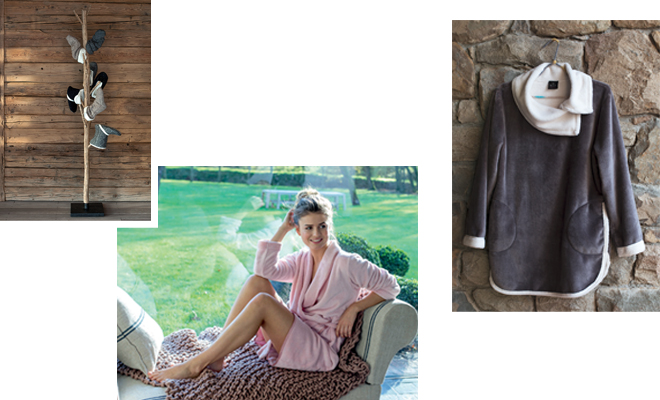 The borders between home and the outside world, formal and informal, are breaking down. We work partly from home, partly from the office. We have several lives in several places, and we want a wardrobe that accommodates this. Lingerie Le Chat has moved with the times by cultivating the art of comfort.

All your transactions are fully secure.

From 60€ spend with COLISSIMO*

From 60€ spend, 30 days to change your mind exchange or refund